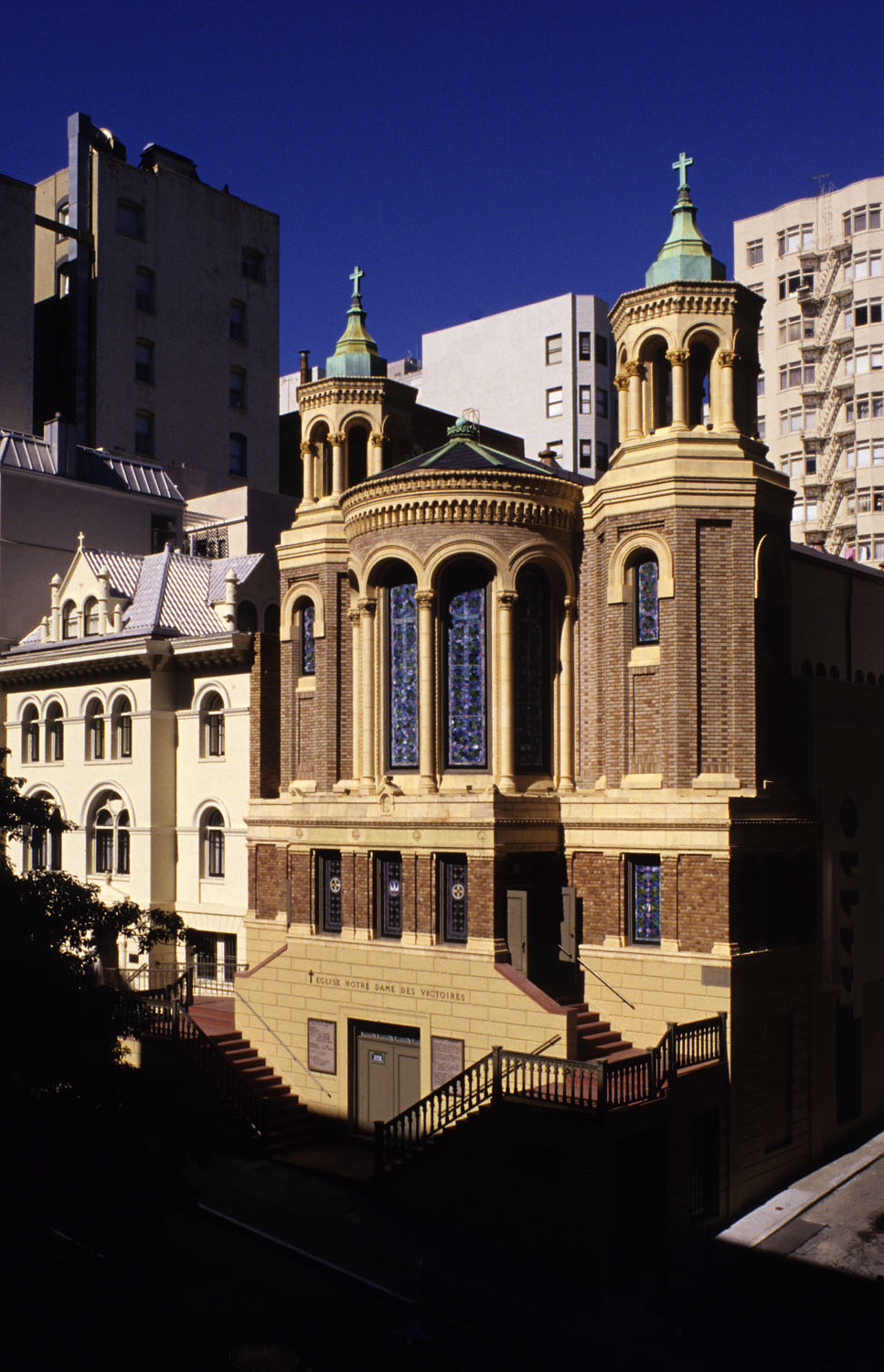 
Notre Dame des Victoires is the French Catholic Church in San Francisco. The Church and Rectory are registered historic landmarks. The Church was built from 1907 to 1915 to replace an earlier church destroyed in the San Francisco 1906 earthquare and fire. It had to be structurally reinforced to resist seismic forces in compliance with a city ordinance adopted after the 1989 earthquake. This provided the opportunity for a thorough restoration.

Plans for retrofitting had to take into account maintaining as much of the integrity of the existing building as possible, particularly on the exterior and at the nave level. The project was presented to the Landmarks Preservation Advisory Board, which unanimously approved a Certificate of Appropriateness. It won a Preservation Design Award in 1998 from the California Preservation Foundation.